My move to iPhone XS Max

My default daily driver has been the iPhone 7 Plus for almost 2 years and it’s been an absolute work horse. I use it to produce and publish my podcast, “In the Weeds with Dexter Johnson”, take thousands of photos and be my main email and consumption machine. It’s been great; however, I started to get the itch for something new and iPhone XS Max came for a scratch. 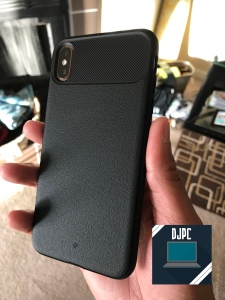 What made me switch? I’m the same person that’s been on record saying that notches of any type are terrible and an eye sore. Additionally, I’ve noted that I’ve had concerns about the true screen real estate that one could gain with a notch and rounded corners. What’s most interesting is that a Samsung Galaxy S10 Plus, not an iPhone, first convinced me that I could live with an impediment on my screen. From simply using the device and seeing that I wasn’t missing much, I felt that the newest iPhone could be a great, if not great, upgrade — notch and all.

While the notch can be an issue for the unoptimized app, apps that take it into account, can have the same amount of polish and beauty of any app that you’re used to using. Additionally since the UI of the iPhone doesn’t put a lot of items on the top of the display, unlike Android with notifications and more, having the cut out isn’t a major issue and while it doesn’t disappear, I can honestly say that it’s very immersive and you don’t notice it often.

Using the device is a breeze. iPhone XS Max is still an iPhone and that’s not a bad thing. It behaves and operates in the same way that iOS has in the past with a few exceptions — most importantly, it is very reliable and responsive. With iPhone X, XS and XR say goodbye to the famed home button and hello to gesture navigation that is simple and intuitive to pick up and start running. At this point, about 24 hours in, I’m multitasking with ease flicking the navigation bar from side to side to switch between apps and I’m using the device like a pro as if I’ve had it since release.

iPhone XS Max is a winner.