Windows Phone 7; does it matter?

In the world of mobile handsets everyone has heard and/or used Apple’s iOS or Google’s Android operating system at some point.  However, these two behemoths can easily overshadow their competition.  How?

So, with two powerful players how can anyone achieve success?  It is possible; yet, the competing platform must be differentiated and stable.  HP’s webOS was just that and it failed, so how could Windows Phone 7 be any better?  First, Microsoft has been backing it’s mobile operating system for years while HP was impatient with webOS (although now they have chose to open-source the platform — good business decision) and pair that with poor marketing.  Second, Windows Phone 7 is a tremendous upgrade over the Windows Mobile of yesteryear.  The metro-UI is great and the operating system runs very fast and seamless.  With so many strong points to an operating system how could it not be a player in the mobile market?  There are a few ways for WP7 to push forward:

Although WP7 has the lowest market share of the three (iOS, Android, and WP7) it is doing several things right.  For example, when compared to Android it has much better system support by providing all phones with updates; this drastically reduces the risk of fragmentation.  On the other hand, when compared to Apple, the OS seems to be just as responsive and has power in not being limited to one specific piece of hardware.

Bottom line:  WP7 will potentially go nowhere but up if Microsoft plays their cards right; this mobile OS reminds be of webOS because of the significant amount of potential that it has to be a leader. 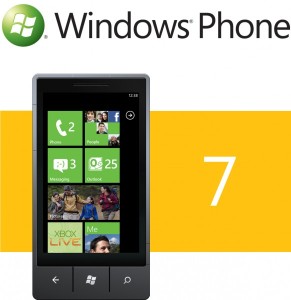