With the implementation of Android 4.0 (Ice Cream Sandwich) we have seen the most polished version of Android yet.  The UI gorgeous and the speed and stability of the system is clearly unmatched by any of the previous versions.  However, Google has gotten fed up with phone manufacturers debasing the Android experience by putting their own theme on top of the OS and not giving the consumer an option to revert back to the stock UI.

Those times are gone.

Android has been plagued by fragmentation every since Google started distributing it.  This is certainly an excellent business move that will help Google and ultimately help the entire community.  How?  The hundreds of thousands of app developers will know that the UI that they build and test their apps on will be available to those that purchase Android devices.  This comes as exciting news because when Motorola, Samsung, HTC, and others throw their custom UIs atop stock Android it takes away from what Google meant to be there.  On the other hand, this does not mean that manufacturers can no longer build a theme to replace Android 4.0; yet the device must include the default theme, Holo.  Google stated, “If the device has Android Market it will have the Holo themes as they were originally designed.”  Read the full post from the Android Developers Blog Here.

Bottom line:  Google has wizened up and this move will certainly make Android more visible as a large proponent of the smartphone market; rather than looking and feeling so different on every device that you pick up. 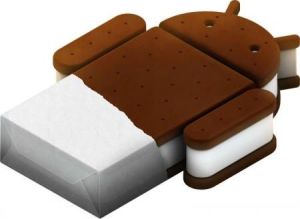