It’s never a good thing to suspect that a company, especially one as large, controlling and expansive as Apple, could be doing something nefarious.  This certainly is not the case, Apple is not doing anything to make consumers purchase new devices or give up on their old ones.  However, what they did do, in traditional Apple fashion, is lack tact in delivering information to consumers, who just so happen to be the ones making them billions.

Over time lithium-ion batteries degrade.  It has become common knowledge that your smartphone battery (any rechargeable battery for that fact) will hold less and less change as it only has a lifetime of so many charge cycles.  With that being said, given the fact that your smartphone battery has limited life, develops wear and tear and will hold less and less charge over time it might make sense to slow an older phone down, right?  Smartphone apps are not getting any less demanding nor are the mobile operating systems that contain them. 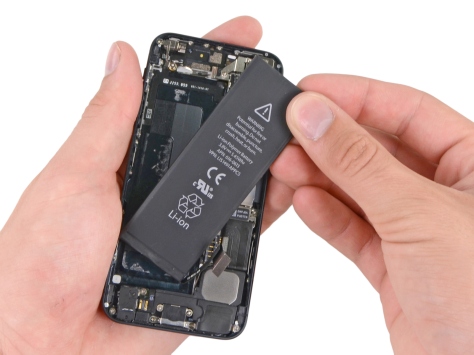 Due to the systems and applications that are on our mobile computers needing such power, they simply strain the battery too much for them to remain properly functional, meaning that Apple will throttle the performance of your CPU when it detects that the battery has a certain level of wear.  When CPU spikes occur, sometimes we feel our phones getting hot (it simply means that it’s working hard under load); however, when you’re dealing with sensitive internals of a device — if your battery already a tremendous amount of wear, spike after spike of the CPU could have your device shutting off because it simply cannot handle the operations (we’ve seen this on iPhone 6), have it’s battery life plummet or worse, mechanical failure of the internal components. Users noted that after they got a battery replacement on their device it seemed to function normally presumably because no throttling was needed at that point because the battery in the device was of good integrity.

Remember the Galaxy Note 7?  You don’t want mechanical failures like that in your precious iPhone.

Since the fallout, Apple has publicly acknowledged that this was happening and reportedly has been occurring since the iOS 10.2.1 update when it was noted that the iPhone 6 battery issues had been resolved.  This comes as somewhat of a surprise to Apple loyalists when some enthusiasts have been suspecting Apple of “planned obsolescence” or intentional slowdown of older devices in order to get the user to purchase a new one.  Additionally, Apple has noted that a future software update will give users insight into the health of their battery, this will come in early 2018.

The issue that I have is that Apple did not tell customers that this CPU throttling was happening and honestly, they have a right to know, especially with newer phones costing $1000 and more.  Don’t just sit back and apologize for Apple (or any technological company) over and over again when they make a mistake — this is wrong and cowardly when you hold such a compelling grip on your customers and can lead to consumer backlash.  Perhaps that’s exactly what the company needs to stop being so secretive and oftentimes ignoring what their customers want and think.