Why do I choose the iPhone?

It has been an interesting journey for me in terms of smartphones, started off with a Palm Treo 650, next to a Windows Mobile device (I know), then the iconic Motorola Droid X, my first foray into Android.  From there, I strictly purchased Nexus devices, starting with the Samsung Galaxy Nexus and purchased every one until the the Nexus 6…
So, with me being a huge Android user, enthusiast and aficionado — I decided it was time I stop the ill feelings towards iOS and all Apple devices, although I had respect for them — I just couldn’t like them.  What did this mean?  It meant purchasing my first Apple device, a gently used iPhone 5s and I enjoyed it, which lead me to sell it and buy an iPhone 6s Plus.  Read more about my experience, which I documented, here. 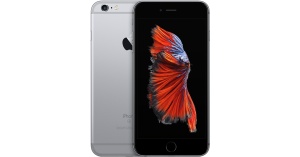 First and foremost, the iPhone is smooth and very consistent in how tasks are done.  Although there are sometimes ridiculous workarounds that you must take in order to perform a seemingly easy task on Android, at least it’s consistently ridiculous.  Makes no sense right? Read on.  I love that Android allows me to essentially do anything that I want to do on my smartphone — it’s a power user’s dream.  However, it never feels good for an app to be swift and snappy one day, then have it hang and drop frames the next day.  For what?  Why?  This is one of the things that I have never understood about Android, rather just put up with.  For example, let’s look at two comparisons using the same app from each respective app store:

This by no means indicates that Android is a bad mobile operating system; however, me as a critical and analytical user — I expect performance at all times and not just part of the time.  This is especially true when it is a Google made app — simply infuriating.
This leads me into another point about the distinct difference between iOS and Android.  iOS is touch first, while Android is process driven, which at times can cause a stark difference in behaviors.
Second, the iPhone is extremely optimized for the hardware.  This does not take a rocket scientist to figure out; however, when things “just work” — I hate that saying, but it actually applies.  You open an app with a expectation and usually it is met.  One thing of importance here is that on paper the iPhone is not superior to even some mid-range Android devices; yet, it somehow outperforms most, if not all of them. For the longest, I could make almost any phone lag or experience latency, yet with my curreny device (which ALL smartphones experience lag) the latency is minut and not particularly stretched for long periods of time.  With that being said you wonder how could a seemingly underpowered device compete and other times best a device with desktop like specifications?  Most Android phones that you want to buy are shipping with configurations of 3/4 GB RAM and for them to still have issues in memory management is mind boggling. Yet, this leads me to question the architecture of the mobile OS itself.  Being a Linux user, I see it consistently powering machines and managing resources extremely well, in fact much better than the other two big desktop OSes, but Android which is based off of the Linux kernel strays at times.  This would infer that at some point during intial design of the operating system something got off.
Lastly, because of iOS, I am actually tinkering my phone less and less.  Let me premise by saying that I work in technology, in operations.  If anyone has ever been in an operational role — you know you are playing firefighter and I do not want to fight fires on my phone.  I simply want to use it and put it away.
Bottom line:  I cannot tell you what the best phone in the market is because instead of being the best, each of the top devices exemplify a quality that is the best versus having all qualities that are the best.  I will say one thing I think is the best, Google’s services. So, regardless of what device I use, this suite of apps will always be on my device: GMail, YouTube, Google +, Google Keep, YouTube Creator Studio, Google Search (Now), Google Hangouts, Google Drive, Google Calendar and Google Wallet.