This has been a long year of leaks and speculation about Apple’s latest iPhone and other devices that are released in the fall.  As usual, whether you have them or love them, the world has been on edge for what our friends in Cupertino are going to do and what all will be released.

Will it have a bezel?  Will there be a mac Mini?  Will it have wireless charging?  How much is it going to cost?

Your questions and more were answered on September 12th 2017 — and let’s hope that all of the leaks didn’t spoil all of the goodies Apple had planned for us.

Apple’s latest campus is one of the last things that Steve Jobs worked on, from detailing the type of trees that were needed and more.  The Steve Jobs Theater was the place in which this fall Apple Event was to occur and as Tim Cook noted, “It was only fitting that Steve should open his theater” as we watched a very heartfelt video, seen below:

This marks a great point in the history of Apple and it was no other way to start this event by words from a true visionary.

Smartwatches, many of us have them; yet, many still do not.  Some view them as a necessity, while others view them as a trivial child’s play thing — needless to say, the Apple Watch is the #1 selling watch on planet earth and touts the most used heart rate sensor of any device.

Let that soak in for a minute.

The Apple Watch has changed lives from making people fitter, more aware of their surroundings and saving a life or two, watch their stories here:

Today, we met Apple Watch Series 3, one that’s faster and one that has built in LTE (plus GPS) so that you can make calls while you’re away from your iPhone.  Usually phones get thicker when LTE radios and SIM cards are introduced (hello LG) — not this smartwatch.  Apple has integrated the cellular antenna directly into the watch screen itself, while incorporating a tiny eSIM on board the device.

Now that the Apple Watch is faster, featuring it’s W3 chip — we now have Siri on board, but we already had that right?  Now Siri can actually talk to you.

Apple has made minor updates to the current Apple TV model and is introducing Apple TV 4K, bringing it inline with 4K content (albeit a small library) that is available today.  The new Apple TV has an upgraded CPU in the A10X Fusion (same chip that’s in the iPad Pro) that is twice as fast as the old with a graphics processesor that is four times faster that the previous model.

Additionally, Apple is bringing 4K content to iTunes and all of your previous HD content that you’ve purchased will be automatically upgraded to 4K, free.

Let’s get to the star, or shall I say, stars of the show — shall we?  For the past 10 years the iPhone has been an icon in the mobile space that has truly changed the world, from the way we interact, to the pictures we take, from the way we authenticate, how we consume apps, media and more — it is a truly iconic device.  Today, Apple built upon that with 3 brand new smartphones to take us into the future.

iPhone 8 and iPhone 8 Plus (yup, skipped S this year) are our successors to iPhones 7 and 7 Plus from last year and there are upgrades brought to each model.  Each device is now sandwiched between two very sturdy panes of glass, allowing for wireless charging — a first for an iPhone supporting the standard Qi, which means existing chargers made by Belkin, Spigen and others will work.  Each device is color-matched to an areospace-grade aluminum bezel and are splash, water and dust resistant IP67 certified.

But wait, there was one more thing…..

Meet iPhone X (ten), the future of the smartphone.

The screen on the iPhone X stretches from top to bottom and features the same glass on the front and back as the iPhone 8 devices with the surrounding band made of surgical grade stainless steel, meeting the glass in immaculate fashion.  Retina, move aside, iPhone X has an all new Super Retina Display that is 5.8″ diagonally with over 2.7 million pixels and has 458 PPI, the highest resolution ever put in an iPhone and it’s OLED.  This is the first OLED display that has met Apple’s high standards to be placed into a device.  Additionally notes is that the display features HDR, Dolby Vision, one million-to-one contrast ratio, color accuracy, 3D touch and True Tone.

But let’s talk camera…or cameras.  The iPhone X features the dual camera system, which sports Optical Image Stabilization in each lens and now, Portrait Mode can be used on the front-facing camera as well. 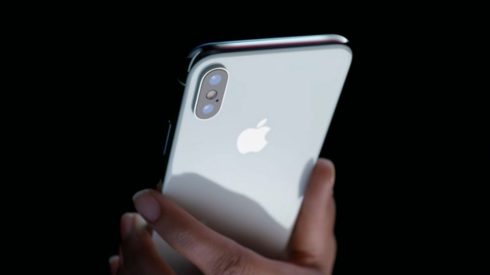 Since the iPhone X does away completely with the iconic home button of old, there has to be a way to get around the operating system.  The home button is replaced with a thin bar that is accessible at the bottom of the screen at any time.  With a series of swipe gestures you can get to where to need to go, quickly.

A whole new way to unlock your device, which is actually more secure than Touch ID.  Let’s clear something up here, Face ID is NOT just your ordinary “Face Unlock” seen on phones in the past that essentially compare a picture of your face to what is seen in the viewfinder of the front-facing camera.  The iPhone X features complex depth senors in Apple’s new “True Depth” camera sensor located at the top of the device’s display that actually analyze 30,000 invisible dots on your face — meaning that it really recognizes your face, really. 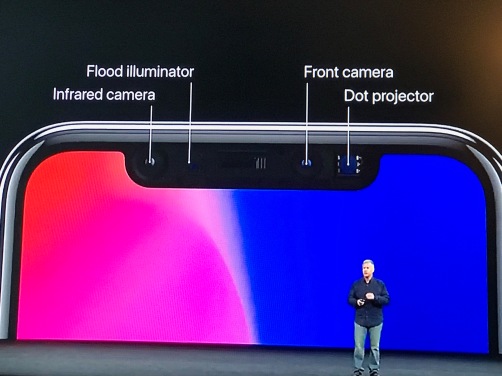 That is regardless if you change hairstyles, add glasses, add hats and more — your iPhone X still knows who you are on a new level. 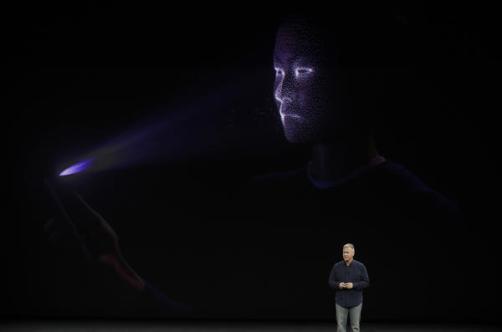 iPhone X, Face ID — a technology that truly analyzes your face that replaces Touch ID on the latest high-end iPhone.

It’s a natural and effortless way to access your device that works even in the dark.

View all features and specs of the new iPhone X that I might’ve missed, here:

After watching and reading about one of the biggest announcements, since iPhone — there is nothing to be underwhelmed about here and the iPhone X dominated the show, although it was the last item to be debuted.  Apple Watch Series 3 has continued to build on the path set forth by it’s predecessor, while the Apple TV gained what the market wanted it to so badly have, 4K.

What are your thoughts on Apple’s latest announcement?  Get involved and join the conversation, tweet me @Dexter_Johnson, I’ll be there waiting.

In an age where Apple TV, Android TV and Amazon Fire TVs are highlighted more than others, one pioneer of the smart tv falls to the background, Roku. Admit it, have you even heard of the Roku? I have and it was my very first foray into making a smarter living room in 2010, with it’s easy and beautiful interface — buying and transitioning into the smart TV world was a breeze. 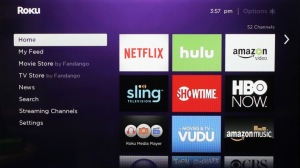 Why does this happen? We are living in an age where the ecosystem of Apple and Google have grown significantly and they both are at phenomenal levels. One note is that on the TV side, these do mostly the same things, mostly. For example, you will not be able to enjoy your iTunes library or Airplay on any Android TV, just like you will not be able to Cast to an Apple TV or access the Play Store. This is why the Roku lineup is great — it is platform agnostic. Agnostic means that it is not going to place one certain platform over another or show favoritism to it’s own services (because Roku doesn’t have it’s own), so services like Google Play Movies, Netflix, Sling and more all work great.
Roku is available in a variety of options. There is the Roku Express, Roku Streaming Stick, Roku Premiere/Premiere + and lastly the Roku Ultra, with both Premiere options and Ultra having being able to stream 4K content. Roku opens the user up to a variety of apps called “channels” that are easy to add from the built-in store.

Current Roku lineup as of October, 2016.

Bottom line: Try the Roku Player! With many different options to choose from, there is a Roku flavor to meet your needs, tastes and budget. Roku excels because of it’s ease of use and simple interface making it easy for new users and advanced users alike to come aboard.  Convinced?  Go here to see Roku for yourself.

Are you considering cutting cable?  If so, there are plenty of resources to make the process as painless as possible; I did it and do just fine.  With options like Netflix, HuluPlus, Amazon Instant, YouTube and more cutting the expensive cord and gaining a little more control of how you watch television can be a simple process.  Cable prices are on the rise, along with everything else in this country.  So, why continue to pay for premium channels when 9 times out of 10 your favorite programming is either getting interrupted by commercials or you are being forced to watch a certain program at an odd hour? 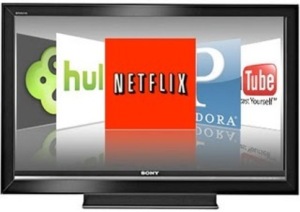 Using these media streaming services gives you complete control of your entertainment.  Honestly, that is the way that it should be, especially if you are paying for it.  For example, if you miss House at the regular scheduled time on Fox, so what?  Turn on your media connected tv to HuluPlus one day later and watch it at your convenience.  That is the power that an internet connected tv could give you.  On the other hand, if your HD tv does not come with any services built in try a set top box such as Roku, Boxee, or even the AppleTV (limited, but works well if you have an Apple-centric household) .  These set top boxes can connect you to the following:

The prices of these devices and based upon what suits your needs you could pay as little as $59.99 for the Roku, which is the best bang for your buck.

Bottom line:  When it comes to media content; you’ve got options.  Do not feel the need to stay tied down to your cable company.