Last week Apple announced a flurry of revisions and updates to it’s famed iPhone product line. Not only did we get updates to the iPhones 7 and 7 Plus, we got an all new $999 iPhone X (pronounced ten). Not only is the X a beautiful device (overall), it makes compromises left and right due to the choices, made by Apple, while now developers and users must pay the cost (literally) to use this new product.

In an attempt to fully utilize the entire screen, iPhone X has two notches at the top of the screen that wrap around the Depth Sensor array and speaker at the top. Apple makes to attempt to hide this notch and creates two “ears at the top of the device that alters the experience unlike any other iOS device (more on that later). So while the screen at 5.8” is the largest screen ever on an iPhone, it will feel and react more like an elongated iPhone 7 or iPhone 8, not a Plus due to resolution. Let that sink in. 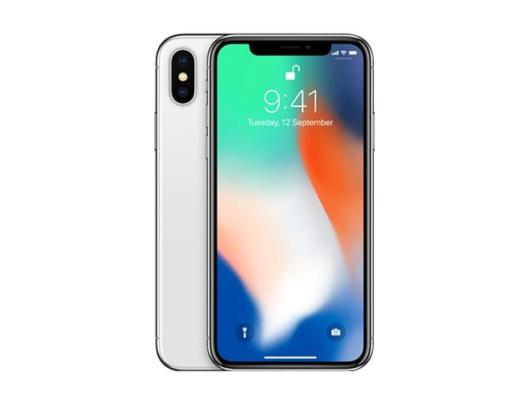 iOS is arguably the easiest and simplest mobile operating system to use and get acquainted with and the iPhone X, albeit polarizing, does not change that fact.

iPhone X changes the paradigm, completely, in regard to how the screen displays information. So, first off, Springboard, which is Apple’s homescreen “launcher” remains the same — but let’s dive into the specifics of the hardware notch containing the True Depth camera array. This notch throws a wrench into a normally beautiful viewing experience and is considered by my technologists in the industry a design flaw, myself included. The issue this creates is that developers have to take into account this notch for all of their apps. Do they code around it? Or do they black out both “ears” surrounding the notch and just completely disregard that space? (Option number 2 is not recommended by Apple) So, will we enter an era of screen elements potentially ending up is strange positions around this hardware notch? You bet we will.

Additionally, this brings to light Apple’s claim to being edge to edge. Does it really count in this case? I’ll say that it does, but only because I’m trying to be nice. There are other phones on the market that still give us edge to edge but still have a small bezel around the device, look at LG V30. My question here is why couldn’t Apple push the sensors in the array further up, then give us equal parts of minimal bezel at the top and bottom of the screen? THAT would’ve worked…..

Should you buy it?

This is the tricky part, if you are using an iPhone 6 or 6s — go for it, if you can deal with a first generation product (not the first iPhone but the first in a brand new design).  Value or worth is completely subjective to the person that’s willing to swipe their precious card — $1000 is a lot for a smartphone (Apple, Google and Samsung); however, when thinking realistically we use and rely on our smartphone more than any other computer we own.  We want it to always have power, look nice, keep us in contact with friends and family — at the end of the day, the phone just needs to be worth the price tag.

The answer to this question is solely resting upon the shoulders of the buyer.

Let’s talk about the new iPad from Apple.
So what we’ve got here is a case of a new tablet brought to us by Apple that is not an iPad Pro but at the same time it does have a lot of unique qualities. For example, this tablet’s best and most forefront quality is it’s price, starting at $329. This tablet is in the perfect position to take on the education market and be a perfect entry-level tablet for consumers of media and internet services.

Next, let’s talk about look. It’s earily similar to ghosts of iPad past; however, this time around — it’s thicker, packing a larger battery and a non-laminated display. Will this make a difference you ask? To most users no and at this price point; you probably shouldn’t be that picky anyway. This tablet is designed as a perfect “gateway drug” to tablet computing and it’s bound to get many first time buyers hooked.

Mark Zuckerburg has become known for having a fantastic IPO from Facebook.  However, since the initial public offering of the company the price of shares are declining.

What does this say about the company?

Surely investors are confused at the state of the stock at this point.  We have seen the worth of Zuckerburg go from $16 billion to $14 billion. Although this is more than any normal human will probably posses in a lifetime; drops like this will certainly raise eyebrows.

Bottom line: No one knows the future of Facebook.  As for now, we know this company to contain a wealth of information and it is safe to say it is not going away anytime soon.

Will Windows 8 tablets do well?

Microsoft is really pushing that Windows 8 will truly unite their platform across all devices and really give it a consistent look.  However, the biggest issues are how well will Windows 8 tablets (slates) do and how will the OS fair on the desktop.  Honestly, there shouldn’t be another OS that is better fitted for the enterprise than Windows 8.  Sure there is a learning curve; but that SAME learning curve is there when one would hand an executive an iPad.

Things that could really work in Microsoft’s favor:

Bottom line:  If Windows 8 turns out to be truly portable and is not overly expensive on a tablet this could potentially be a shifting in the tides.